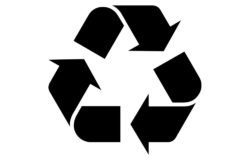 The Möbius loop tells us that the packaged product can be recycled. Photo: Wikipedia

Did you know that? What packaging symbols really mean

The goal of the UN Agenda 2030 goal is to make our world more sustainable. All of the member states agreed on 17 targets, the Sustainable Development Goals (SDGs). In addition, five key words were defined as principles to impact people’s behaviour: People, Planet, Prosperity, Peace and Partnership – also called the “5 Ps”.

One important step to a more sustainable lifestyle on our planet is recycling. Some countries, such as Germany, already have nationwide recycling infrastructures, while others still lack the relevant technology, though also education and indeed determination.

Recycling rates in the EU

The European Union is aiming to be more consistent in avoiding waste and in improving recycling. Numerous EU policies are now in place, defining the responsibilities of manufacturers, distributors and consumers. Moreover, a number of clear targets have been put in place, based on new calculation methods and specifying certain EU-wide recycling figures for domestic waste: at least 55 per cent by 2025, 60 per cent from 2030 and 65 per cent from 2035 . These are ambitious goals – even for Germany, the world’s recycling champion. However, in order to recycle packaging, consumers need to know what kind of packaging is actually suitable for recycling.

One of the best-known packaging symbols is the so-called Möbius loop. It is the officially recognised international icon for products capable of being recycled and can be used in a variety of colours and variations. The three arrows are based on the Möbius loop, discovered by the German mathematician August Ferdinand Möbius in the 19th century.

This symbol usually has a number in the middle – a code that provides information on how to recycle the product. 05, for example, means that the material inside the packaging is PP, i.e. polypropylene.

However, the loop only became a recycling symbol in 1970, when it was first used by a 23-year-old engineering student, Gary Anderson. He didn’t know it would be used throughout the world a few decades later. He had originally designed the symbol for a contest run by the Container Corporation of America. The brief for the contestants was to design a symbol for recycled paper. But a few years later, walking off a plane at Amsterdam airport, Anderson was greatly surprised when he suddenly saw the symbol he had designed. And so it happened that, just like the Coca-Cola and Nike logos, this well-known icon can be used worldwide without any IP rights or licence fees.

www.businessinsider.com
This 23-Year-Old USC Student Created One Of The Most Recognizable Logos Of All Time

www.highspeedtraining.co.uk
Food Packaging Symbols: What Do They Mean?

blog.allinpackaging.co.uk
The Significance Of Symbols On Packaging

www.weforum.org
Germany recycles more than any other country

Sign up for our monthly newsletter to get newest information about the packaging sector: 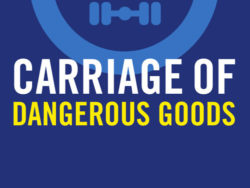 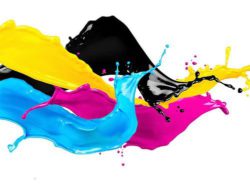